Look back then look straight ahead…

Look back then look straight ahead…

This is not the first, nor the last crisis humanity is going through.

The world has always bounced back from major events such as the World Wars, the Oil Crisis, the Financial crisis (the 2000s), and other dramatic pandemics.

During and after every crisis, one can spot inventors, makers, entrepreneurs, financiers, sellers, carers, and followers reacting and adapting at a different speed in their way!

Major innovations are being invented and adopted during and after uncertain times. Let’s name a few: the transistor is an essential component in nearly every modern electronic gadget (1). The Jet engine and pressurised cabin made commercial flights safe and possible as we know it today (2). Throughout the 20th century, antibiotics spread rapidly and proved to be a major living improvement, fighting nearly every known form of infection and protecting peoples’ health (1).

Now, a new global phenomenon is shaking our lives and truly amplifies how globalisation is rooted in our connected world. We are 4.57 Billion people using the internet, a staggering increase of 1167% between 2000 and 2020(3). Internet usage is up 50% in some parts of the world (4) and Data from a global Statista survey (5) held in March 2020 revealed 70% of responding internet users worldwide were using their smartphones or mobile phones as a direct result of the coronavirus outbreak.

The pace of innovation is driven by a collective mindset to solve clear problems while we step by step become even more aligned and organised. There are 100s of meaningful COVID-related innovations across industries. The curious can discover some on this dedicated site.

We are reliant on technology to work, consume, communicate and now to engage socially with everyone, while some of our human senses, such as the sense of touch, are being challenged.
Simultaneously, we have joined forces with big data, robots, AI, and machine learning capabilities to enhance our collective human intelligence with the aim to, hopefully, reinvent a new reality.

Welcome to InovOn, we define and deliver digital strategies to help businesses achieve their goals and be resilient, relevant and profitable in the digital era. 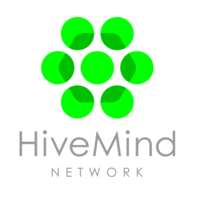